Presented by the Filmmaker in person

The filmmaker with Gurf Morlix

The director presenting the film and Gurf Morlix performing the songs of Blaze Foley is our most popular show (we did 72 shows in 2011 in the US, Canada, and Europe). Gurf Morlix is an award-winning Americana artist with solo projects and a lengthy resume of critically acclaimed album production and collaboration work with Lucinda Williams, Mary Gauthier, Ray Wiley Hubbard, Sam Baker, Ray Bonneville, and many others.

Recorded at Communitea in Canmore, Alberta as part of the June 2011 “Gurf Blazing Across Alberta” tour. 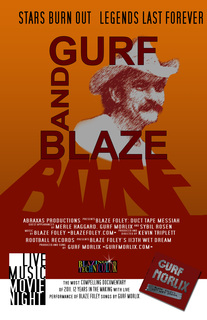 Orange poster for the Gurf and Blaze event

For literary events, we can show the film in conjunction with award-winning author and actress Sybil Rosen, reading from her memoir “Living in the Woods in a Tree: Remembering Blaze Foley” published by North Texas State University Press. Sybil has performed with the film throughout it’s release from NYC to LA.

If you have local musicians who are fans of Blaze’s music, booking the film with their performance makes for a great event.

Want to bring the film to your town?

For non-traditional screenings (locations that are not a movie theater, like a house concert series), we typically bring a top-of-the-line High-Def projector and screen. But if you want to show it yourself, here are the film specs and event configurations:

The film is very popular with fans of songwriters and Americana roots music. We tell people the film is about “Murder, Music and Mayhem” and even though it’s a tragic tale, it’s funny, inspiring, and energizes the audience. Whenever we show it, venue owners are very happy with the results. 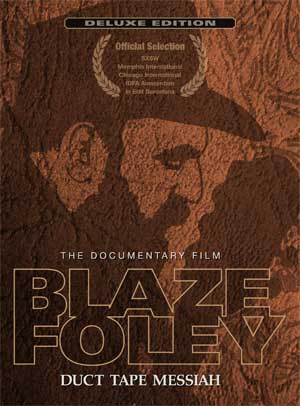