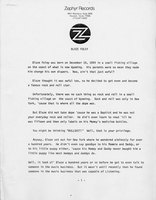 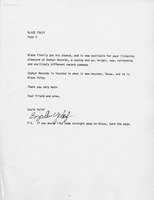 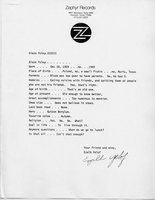 Blaze got Townes in trouble during the recording of this album. Blaze told everyone, “The FBI has the masters.” It was a typical Blaze Foley project. 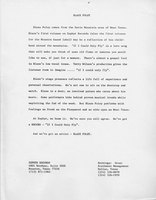 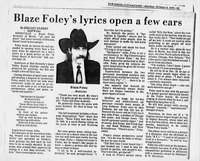 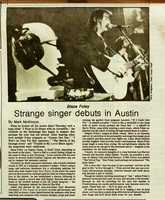 A rare article, written for the Daily Texan by Mark McKinnon. Courtesy of the Briscoe Center for American History at the University of Texas, Austin. 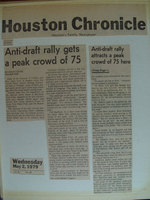 Apparently, Houston was not a hotspot of youth unrest during the 70s. Or maybe Blaze arrived in Houston too late. At any rate, an interesting read.

Promotional photo for the film, this photo is cropped to 16:9 aspect ratio, is featured in the film at an emotional climax when Blaze writes his signature song If I Could Only Fly. (Photo credit: Dana Kolflat) 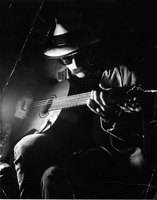 Photo: Dana Kolflat. This is a very cool photo of Blaze circa 1981. 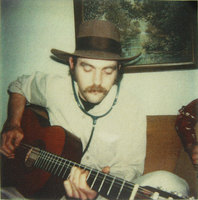 Photo: Marsha Weldon. Blaze Foley circa 1983 visiting his sister Pat. Notice the stethoscope he uses for listening to his picking. 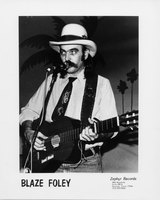 Photo: C. P. Vaughn. Blaze Foley circa 1988 in the heat of summer at the River Bottom Festival. 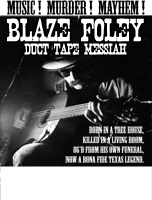 Green poster for the Gurf and Blaze event

Orange poster for the Gurf and Blaze event

Two-tone poster for the Gurf and Blaze event 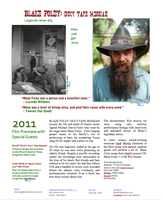 One sheeter image for the Gurf and Blaze show

Click on any thumbnail below to get a hi-resolution version.

Interview with Louis Black, Executive Producer for the film

Motion graphics, showing our use of song lyrics on screen

From Deputy segment, when he moved into a tree house and became a songwriter

Animation, when Blaze gets ejected from a prominent folk music festival

Animation: Blaze pleased with himself after harassing a Nashville songwriter with an inflated ego

Motion Graphics, showing our use of song lyrics on screen

OPENING TITLE SEQUENCE: It’s tempting to put in an opening title sequence — they can convey information about the subject, set the mood of the film and provide a nice jumping off point for the story. But they are risky because not everyone enjoys opening titles. There are lots of examples of films that have meandering opening titles that are too long, don’t set the mood, and are just a waste of the viewer’s time. Plus, if it’s a film made by no one famous, the opening credits are not important. So I tried to make the film’s opening title sequence fun, help set up the story and, above all, be as short as possible. I chose Blaze’s song “Big Cheeseburgers and Good French Fries” as the opening song because he wrote about his life and philosophy in this song and it’s bouncy and fun. Blaze liked to make people laugh, so I tried to add a bit of humor into it as well.

MIKE MOVES TO MEMPHIS: In the documentary, the teenage Mike Fuller (aka Blaze Foley) moves from Texas to Memphis to try and out run his father.

FROM MIKE TO BLAZE: The documentary contains segments called “Blaze’s Crazy Career” that are in the style of a TV documentary program. In the first segment, we quickly cover Blaze’s childhood and evolution as an artist into songwriter.